These private investors were able to buy companies like Simmons with borrowed money and put down relatively little of their own cash. Then, not long after, they often borrowed even more money, using the company’s assets as collateral — just like home buyers who took out home equity loans on top of their first mortgages. For the financiers, the rewards were enormous.

Twice after buying Simmons, THL borrowed more. It used $375 million of that money to pay itself a dividend, thus recouping all of the cash it put down, and then some.

A result: THL was guaranteed a profit regardless of how Simmons performed. It did not matter that the company was left owing far more than it was worth, just as many people profited from the mortgage business while many homeowners found themselves underwater.

Investors who bought that debt are getting virtually nothing in the new deal.

--Profits for Buyout Firms as Company Debt Soared via nytimes.com

Buy a company. Sack it by putting it deep into debt. Write big checks to yourself. Then sell it before the company dies. Rinse and repeat.

I'm not sure who is at fault -- the private equity firms that put the debt out there, or the money managers taking the other end of that deal, allowing the entire value-destructive cycle to even happen.

Private equity is supposed to create value. For decades, some firms have been buying companies and actually improving the companies they own. But in fast times like the past decade, it's hard to avoid the lure of writing checks to yourself... because there's nobody watching.

Years ago, I left a stable job at Microsoft to join some friends working on hardcore software problems in the finance space. From the ground up, it was created to be a fresh approach to the often stale and murky waters of financial software out there. Even today, the best market analysis software falls into one of the following three buckets: barely a step up from teletype terminals, an homage to the early days of Windows 2.0 dialog box hell, or homegrown one-off software mired by hopelessly bad UI.

We set out to create a v1, new-code-from-scratch product that we built and designed from the bottom up. Yesterday, Palantir released a public and usable demo of the basic elements of their advanced financial platform. You can play with it on your computer today for free. Click here to get started or you can read more about it below. Disclaimer: While no longer affiliated with the company, I am a shareholder. And a fan.

Starting from scratch, the most basic building block of the platform was the Chart Tool. Existing charting tools made it incredibly hard to zoom in and out, and view and compare time series all on one page. We wanted something that could be easily added to and compared. Why was it that before this chart tool, you had to plot time series on your own in Excel in order to adjust and correct data? You couldn't look at a graph of 10 years of data at the minute-by-minute resolution. You could only zoom in and out by fixed orders of magnitude (one year, 3 years, etc). So the Chart tool was designed to be able to show all time series of any asset class over any resolution and any time period. With finance, it's all time series anyway, right? Value x at time t. Every time series should be a first-class comparable object. 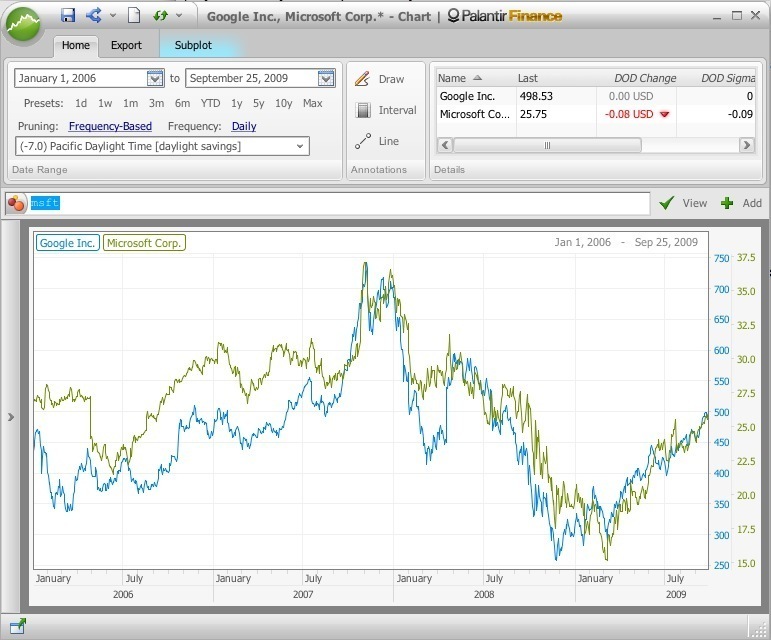 From there, we realized the financial markets were so complex that there was actually a huge data exploration problem. Traders had to memorize hundreds if not thousands of ticker symbols. Isn't that what computers are for? Being able to instantly search millions of time series became a priority, so we built this -- an extremely simple instrument selector that let you search and find all financial time series of any asset class all in one time series selector.

Being programmers, we added a dot-notation concept that became really handy when trying to understand what was going on. For instance, most time series movement can be attributed to macro factors -- e.g. the whole of tech is going up or down. What if we just wanted to know when Google became anti-correlated with XLK, the Tech SPDR index. Easy. We just type GOOG.correl(XLK, 30) to get the 30 day correlation between the two time series. We could do the same for MSFT too and see it all on one subplot.

From there, it's a hop skip away from extracting time periods in which GOOG was highly correlated vs. not highly correlated. With time periods, you could start doing backtests on trading strategies. We used to joke that there should be a "Make Money" button. With tools like this, it's not that far off. That was just a super abbreviated tour of just one or two of the hundreds of powerful features that make Palantir Finance the essential next wave in understanding the markets. Hundreds of thousands of man hours were poured into this tool, and it's awesome to see it functioning on my own computer once again -- though I'm certain only a rare few lines of my early prototype code are still in there. ;-) For a much much more complete tour of the basics of the software, see also the Joyride Tour/Tutorial. If you have any interest in economics, finance, or what the markets are doing, you should check it out while it's online. I consider myself incredibly lucky to have been there for the birth of this software, and I can't wait to see where the Palantir guys take it next. 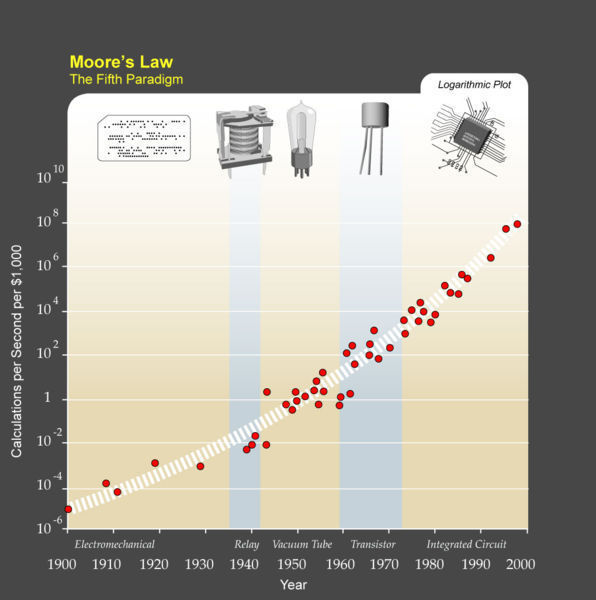