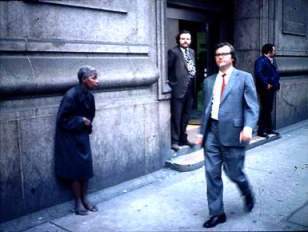 I'm a sucker for armchair economics and sociology. Here are some passages from a recent article about the widening inequality gap that I found really fascinating:

When it comes to dating, increasingly it's not who you are, but what you like. Shallow? Yes. But researchers are linking that to a broader trend that society is getting more polarized than ever. We are self-selecting our future mates based on the kind of stuff we like to spend money on. Wild.

Another interesting macro trend happening with this widening equality gap:

An accountant or a nurse is not going to become extremely rich or extremely poor; they could be called “billers,” because they bill for their time. On the other hand, a professional singer or a software entrepreneur is playing in a winners-take-most tournament. The difference in talent between an international pop star and an unknown lounge singer may actually be quite small. However, the nature of these fields is that the difference in rewards can be enormous. People who choose these sorts of occupations could be called “players.” ... Several factors have made it a lot easier to quit as a biller in order to take a fling at being a player. The Internet is one. As writer Daniel Pink has noted, the low cost of creating a business on the Web has fulfilled Karl Marx’s dream—an ordinary worker can now own the means of production. (emphasis mine)

So what are you waiting for? Go own the means of production. It's the only way you'll get true freedom... just make sure you win. It's a winner-take-most world out there.

Read the full article in the American