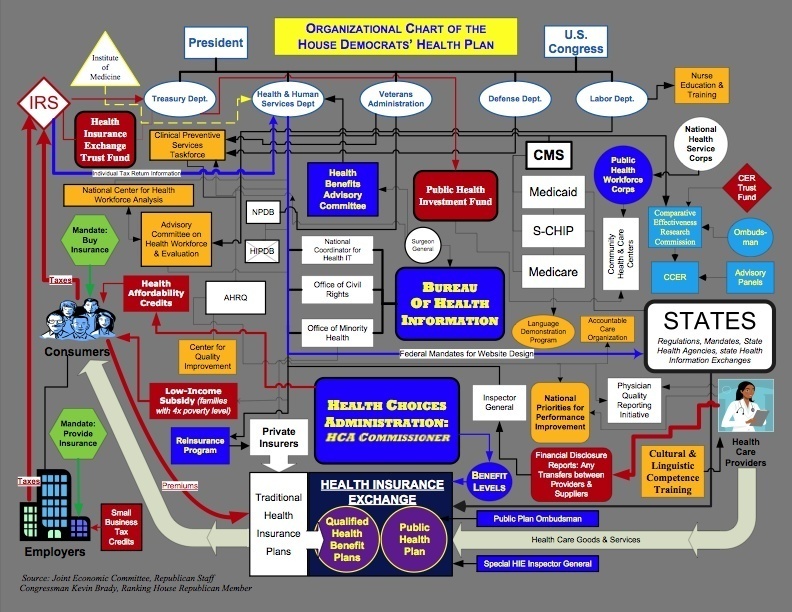 After (Released by irate graphic designer/citizen) 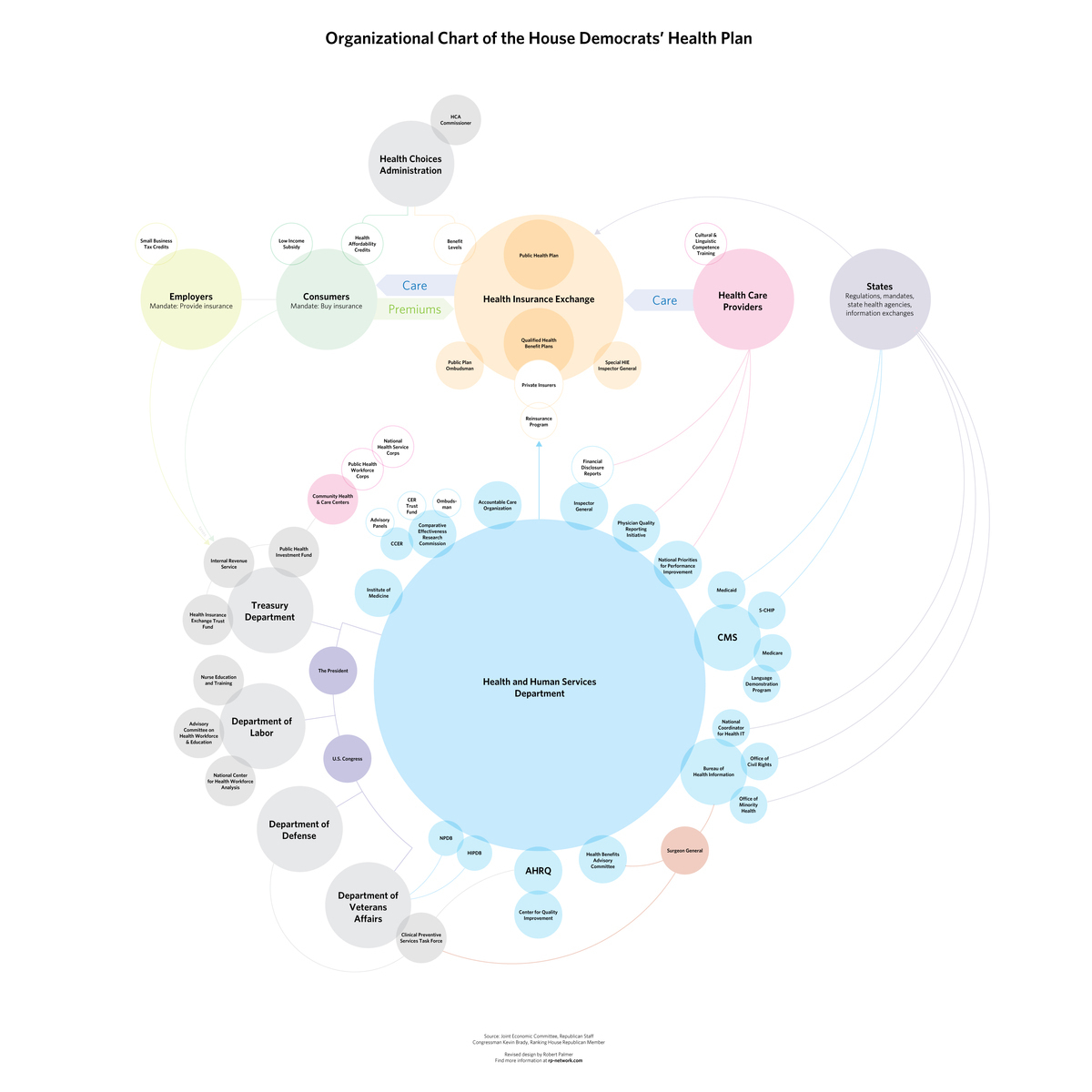 Notable mainly because the role of good/bad graphic design can play in people, society, and understanding policy that affects decisionmaking. Not only can bad visual design cause space shuttles to explode -- it can mislead, misdirect, and just plain lie.

Recently, you released a chart purportedly describing the organization of the House Democrats' health plan. I think Democrats, Republicans, and independents agree that the problem is very complicated, no matter how you visualize it. By releasing your chart, instead of meaningfully educating the public, you willfully obfuscated an already complicated proposal. There is no simple proposal to solve this problem. You instead chose to shout "12! 16! 37! 9! 24!" while we were trying to count something. So, to try and do my duty both to the country and to information design (a profession and skill you have loudly shat upon), I have taken it upon myself to untangle your delightful chart. A few notes: - I have removed the label referring to "federal website guidelines" as those are not a specific requirement of the Health and Human Services department. They are part of the U.S. Code. I should know: I have to follow them. - I have relabeled the "Veterans Administration" to the "Department of Veterans' Affairs." The name change took effect in 1989. - In the one change I made specifically for clarity, I omitted the line connecting the IRS and Health and Human Services department labeled "Individual Tax Return Information." In the future, please remember that you have a duty to inform the public, and not willfully confuse your constituents. Sincerely, Robert Palmer
Resident,
California 53rd District