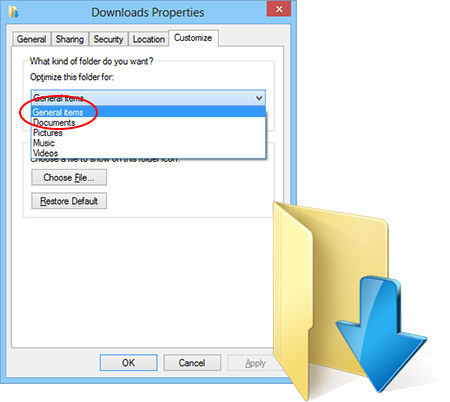 There's a Windows bug that I have been hitting for over a year that has driven me insane. My Downloads folder takes 20 seconds to show up in my File Explorer in Windows 8. To fix, I had to set the folder's type to "General Items" instead of "Photos" because Windows was trying to generate thumbnails over and over again.

A program manager at Microsoft made the wrong decision. Microsoft has been a program manager culture for decades now. (Former president of Windows division Steven Sinofsky writes at length about it here.) PM's at Microsoft have the cat-herding role of trying to make things happen with little authority. As with most things that are started with very good intentions, there are unintended consequences. Bugs like the one above are one of them.

How did a bug like this stay in Windows for years? It's not like they didn't know about it. Someone on the team hit this problem and filed it as a bug in their bug DB. There are a lot of really dedicated software engineers and software testers out there who really do care about building great stuff at Microsoft. But it is the PM who has the unenviable task of sorting through hundreds if not thousands of these types of bugs and figuring out what gets fixed and what doesn't. On the day in question, the PM of the File Explorer probably saw this alongside 50 other bugs that were must-fix. They had a specific date to ship, and a fixed number of engineering resources. They knew their bug count had to glide down to zero by X date, and some bugs had to sadly be resolved "Won't fix." If a PM doesn't hit their schedule and ship, they get fired. This bug had to be punted.

Say a billion users hit this bug and lose 20 seconds every day -- that's 633 years of human life wasted in the world. Normal people using their computers have no idea why this bug is happening, and just assume the computer is thinking. These wrong calls on small decisions have wide reaching impact when you multiply by the reach of software today.

Great software is built by people making the right call on thousands of small decisions. We who create software have a responsibility to our users. Make the right choice. Fix the damn bug. And if you run a company that builds software, know better than to put a good person in a role that forces them to make the wrong decision.