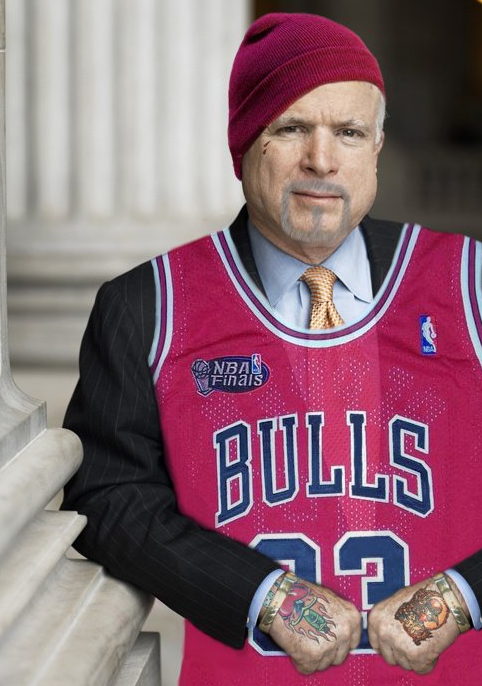 Barack Obama lashed into John McCain during a campaign stop in Virginia on Thursday, ridiculing the presumptive Republican nominee for being painfully out of touch on the economy and not even knowing how many houses he owns. "Yesterday, [John McCain] was asked again what do you think about the economy, he said I think the economy is fundamentally strong," said Obama. "Now this puzzled me. I was confused what he meant. But then there was another interview where somebody asked John McCain how many houses do you have and he said 'I'm not sure. I'll have to check with my staff.' True quote. 'I'm not sure ill have to check with my staff.' So they asked his staff and they said, 'at least four.' At least four. Now think about that. I guess if you think that being rich means you make $5 million and if you don't know how many houses you have then it is not surprising that you think the economy is fundamentally strong. But if you are like me and you've got one house, or if you are like the millions of people struggling now to keep up with your mortgage payments, you might have a different perspective. By the way the answer is John McCain has seven homes."

Compare/contrast Snoop Dogg in "2 of Amerikaz Most Wanted"...

I got a house out in the hills right next to Chino
and I, think I got a black Beamer


Snoop Dogg thinks he has a black BMW, possibly -- McCain thinks he has 4 houses. The dynamics here are fascinating. Not only do they have a lot of money (aka scrilla), but they don't CARE enough to even know definitively how many they have. In a way, this is incredibly inspiring, as they've transcended the maxim "Your stuff owns you." Either way, they're RIAACCHH BIAACHHHH!!!