Strangely enough, one of the first people to talk about the global brain was actually Nikola Tesla. 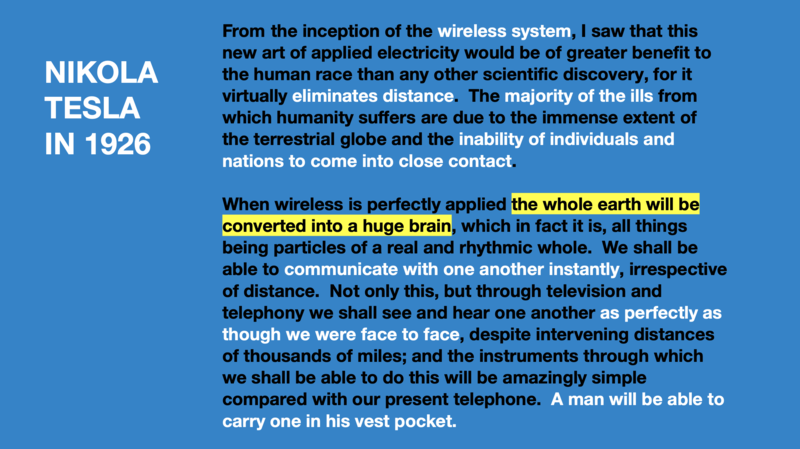 In 1926, inventor Nikola Tesla predicted the smartphone. He discussed a wireless system that would be the greatest benefit to humankind. It would eliminate distance, which is the cause of the majority of humanity's ills. It would allow individuals and nations to come into close contact. "The whole earth," he said, "will be converted "into a huge brain," letting us communicate instantly, as perfectly as though we were face to face. You will be able to carry this in your vest pocket. A hundred years later, this is what I have in my hand. A smartphone that is connecting all of humanity into a global brain. We're really only starting to see what the global brain will actually do to society. It's just getting started.

The brain is just getting started 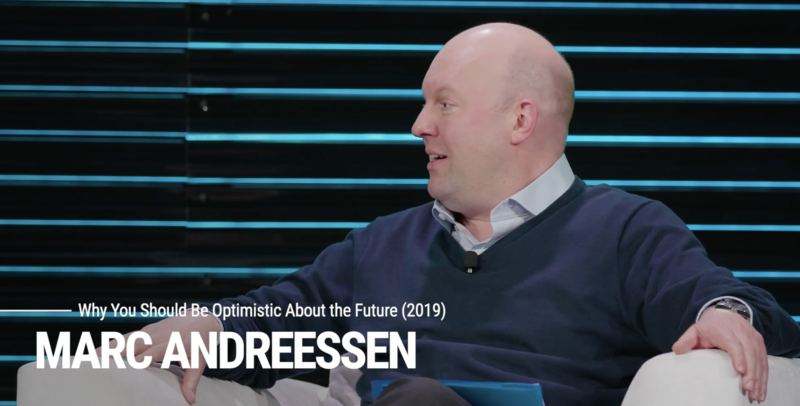 - Right, but it's like the beginning point of what? I think we've kind of figured out collectively that it's gonna be different. So the initial impulse is to say things are going to get much worse, and I don't think that's right. I think things are gonna get very different, I think things will be much more positive. It feels like the internet's impact on culture is just beginning. A world in which culture is based on the internet, which is what I think is happening, is just the very start. Right, 'cause it had to get universal before it could set the culture.

What does the global brain mean for us as individuals? 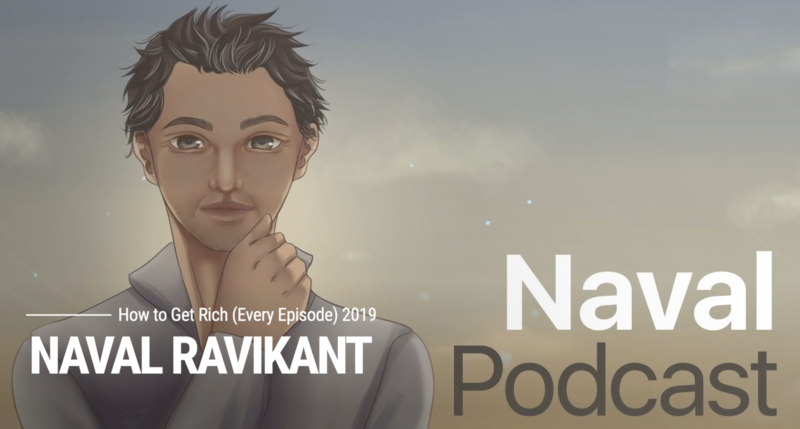 If culture itself is changing, what does that mean for us? For our decisions about our career, what should we be doing with ourselves? Naval Ravikant has his own take on what it all means.

The fundamental property of the internet, more than any other single thing, is it connects every human to each other human on the planet. You can now reach everyone, but people are completely unique. So given that each person has different skill sets, different interests, different obsessions, and it's that diversity that becomes a creative superpower. So each person can be creatively superb at their own unique thing. But before, that didn't matter, because if you were living in a little fishing village in Italy, your fishing village didn't necessarily need your completely unique skill, and you had to conform to just the few jobs that were available. But now, today, you can be completely unique, you can go out on the internet, and you can find your audience, and you can build a business and create a product and build work and make people happy, just uniquely expressing yourself through the internet.

Okay Naval, but what about infinite competition? Don't I have to compete with all seven and a half billion people like that? Here's what Naval has to say about competition. It's some good news.

What is your role in the global brain?

Here's the crazy thing. Right now, you're probably watching this on a smartphone. How the global brain talks to itself? That's the software inside this thing right here.

And only one in 300 people know how to program it. If you are one of those people, you have a chance to contribute a line of code.

What will your line of code be?