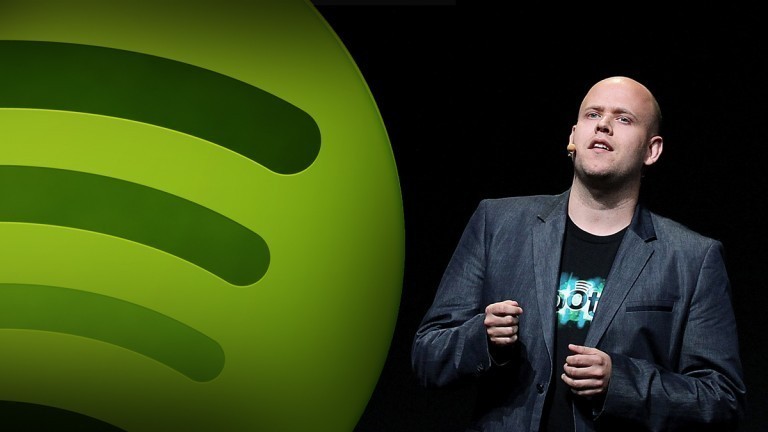 A passage in the New Yorker long form piece this week on Spotify really illuminates the key parts of what we spend a lot of time trying to help founders create: Something people want.

Problem: Piracy was how people did it at the time.

“It came back to me constantly that Napster was such an amazing consumer experience, and I wanted to see if it could be a viable business,” Ek went on. “We said, ‘The problem with the music industry is piracy. Great consumer product, not a great business model. But you can’t beat technology. Technology always wins. But what if you can make a better product than piracy?’ ” Ek continued, “Piracy was kind of hard. It took a few minutes to download a song, it was kind of cumbersome, you had to worry about viruses. It’s not like people want to be pirates. They just want a great experience. So we started sketching what that would look like.”

They started with a simple problem statement. All of the great era-defining startups seem to start that way. What was broken? They knew exactly what was broken.
Solution: 200 milliseconds

Their “product vision,” in tech parlance, was that the service had to give the impression that the music was already on your hard drive. “What would it feellike?” Ek asked. “That was the emotion we were trying to invoke.” The key was to build something that worked instantly. Streaming, whether audio or video, tends to have built-in delays while you wait for the file, which is stored on a server in the cloud. But if the music starts in two hundred milliseconds or less—about half the time it takes, on average, to blink—people don’t seem to perceive a delay. That became Ek’s design standard. He told his lead engineer, Ludvig Strigeus, a brilliant programmer he had worked with before, “I don’t accept anything that isn’t below two hundred milliseconds.”

What would solve that very direct problem? Well, a great streaming service that was superior in a specific way. They knew how to measure success. Clearly if you could make a streaming service act as if it were on your local hard drive, you could win.
Hard-to-build proprietary technology — the first time it was done, just enough of an advantage

Strigeus responded, “It can’t be done. The Internet isn’t built like that.”

“You have to figure it out,” Ek insisted.

The solution involved designing a streaming protocol that worked faster than the standard one, as well as building their own peer-to-peer network, a decentralized architecture in which all the computers on it can communicate with one another. In four months, they had a working prototype.

“And I knew when we had it that it was going to be very special,” Ek said.

This is a signature piece of why Spotify was special early on. There are two parts to this. The first is could it be done? Until these early prototypes, it hadn't. The second part is can it be cloned? As with almost anything software related — yes. Novel tech is not an infinite defense, but it was enough of one for Spotify to get off the ground. You don't need a technological advantage that lasts forever (though of course that'd be preferable) — just one that will last enough such that your competitors can only copy your innovation from 6 months ago. It can take that long to fast follow, which is enough to keep your unoriginal would-be competitors at bay while you blaze ahead.

The Schlep = The Moat

Ek’s original idea was to launch Spotify in the U.S. at the same time that he launched the service in Europe. Ken Parks, Spotify’s chief content officer, said, “Daniel thought he could just go down to the corner store in Stockholm and pick up a global license.” He didn’t realize that he would have to negotiate directly with all the different copyright holders, a herculean task. Not surprisingly, the labels weren’t interested. Ek was an outsider—a techie, and a Swedish one at that. Parks, an attorney who’d worked at E.M.I., recalled, “We needed to overcome the music-is-free mentality that Spotify represented.” Of the labels’ attitude, he went on, “If you have something you’ve invested a ton of money in, and you’ve been selling it for a lot, and you feel raped by piracy—to say to that person, ‘The only way to beat this is to co-opt the people who are stealing from you,’ that was a challenge.” Ek said, “If anyone had told me going into this that it would be three years of crashing my head against the wall, I wouldn’t have done it.”

This is a common refrain. If founders knew how much work these things would be, often they wouldn't do it. But they do, and that's protectable long term enterprise value.
This analysis is of course with 20/20 hindsight. In the moment, Ek and the Spotify cofounders and investors had no idea they'd be right. But they figured they might be, so they built it.