Let's get some things out of the way first. This is a beautiful game. It's really well done. It's also deeply original. It's not like any other game out there. As a result, it's not universally loved, that's to be expected. But, I love it, I think it's a remarkable work- something worth studying, and that's what we're going to do here in this video.

Let's take a look at the four things that I learned about how they made "Death Stranding" that are the keys to auteurship.

To start, this auteur clearly has a mission. Video gamers are notoriously lonely people. I think Kojima actually means this to be nothing less than an actual cure for loneliness.

Living is no different from being dead, if you're all alone.

I'm on the beach Sam. Our beach. The one where I was born. Come and find me. 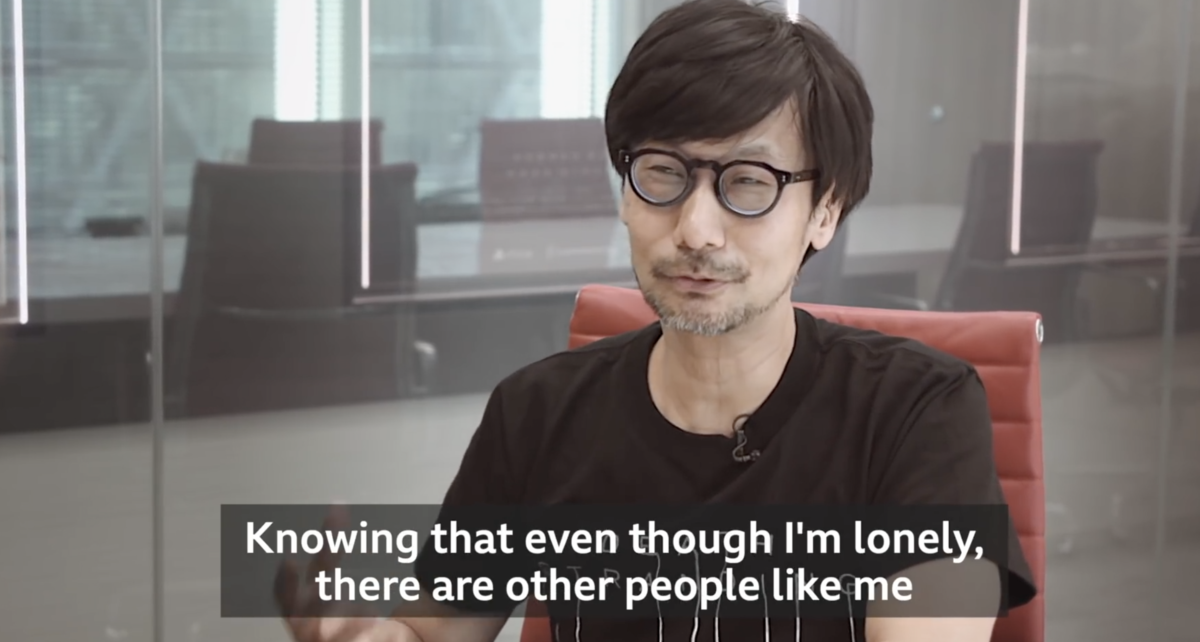 Here's Hideo Kojima himself talking about what he wants this game to mean:

I think there are similar people around the world, especially gamers. Even though they're having fun with others outside, when they're alone playing video games in their living room they don't feel like they fit into society or their community.

That's what I want people to feel when they play this game.

But I don't want the players to just feel like, "Oh, that was fun." I want them to feel something more. So what they learn and feel in the game world, I want them to use in the real world as well.

Think about the millions of people who are shut away, who use video games as a refuge. In Japan, there are people called Hikikomori. They're shut-ins who don't interact with anyone, sometimes not even their own parents. The only people they might interact with are the delivery people who bring them food and essentials.

It's no mistake that that's primarily what you are. Sam Porter Bridges, a porter who brings disconnected, post apocalyptic cities online. And you are bringing food. You are bringing medicine. You're kind of like a DoorDash delivery person.

Kojima doesn't want this to be just another video game. He wants this to change people's lives. A player might spend 50 hours of their life on this one, and the players who get through it? They come out the other end changed. If that's not art, I don't know what is.

Here's Norman Reedus at recent Comic-Con, talking about working with them.

It's not a kill 'em all game. It's a bring people together game. He's a visionary.

Once you have a direction, it's easy to start surveying, figuring out what's most popular, what's the safe choice. But it's clear that an auteur doesn't do that, and that's not what they did for "Death Stranding." Let's take a look.

So our main focus is not on getting as much attention as possible, it's more about trying to develop a character that is interesting for us, and that is cool for us.

I'm sure there are studios that focuses developing characters on market research, or what's going to be received well out there, but for us it's more about creating character that is fun for us while doing it.

That's why an independent approach can often result in a way better creative output, whether that's an indie software maker, or an indie game developer.

When things get big, they get safe. And it often feels safer to outsource your decision making to a survey to quantitative thinking. But, when you're making something truly this creative, you just can't do it that way.

So now you have a direction, and you have a clear way to make decisions. Who actually does the real work? You've got to delegate, but not everything. You've got to hold on to some of the important stuff.

Here's a great example of that. Launch day is right around the corner. It's Kojima himself editing the launch trailer. 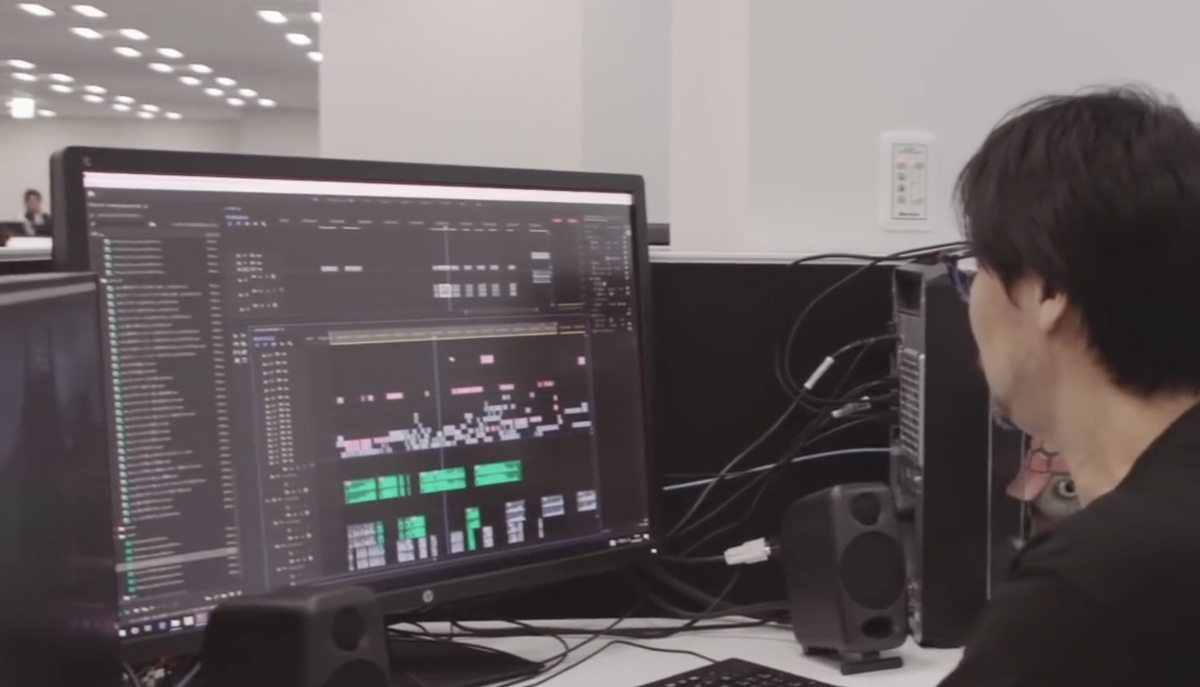 It's the last trailer so I'm trying to make it in a way so people who are unfamiliar with Death Stranding can get a sense of what the story is, what the world is, what the game play is, and most importantly, what the message is.

First I make a structure of what I want to be in the trailer, and then I choose a song.

For launch trailers the standard practice is normally to outsource to a film company and pay around $200 million for them to make it. [editor's note: Probably a typo, the translators likely meant 200 million Yen, which is about $1.8 million USD.]

Among game creators I'm pretty sure I'm the only one that edits the trailer themselves.

Don't get it twisted though! Great auteurs are incredible at collaboration. In fact, here's Norman Reedus again, talking about exactly this.

He's cool, he doesn't freak out. His mind is always going forward.

Last but not least, I think one thing that's really underrated is how important it is to have the right level of showmanship. This is what happened when Conan O'Brien came over to visit, this is the entry way to their studio.

The twist is, this is how everyone enters the studio. It's exactly the right kind of theatricality.

It sets a tone, and any newcomer, anyone whose thinking about joining, any partner, they get to see a side that sets the tone.

For an auteur it's about being different, and setting expectations so that your team, and everyone around you really treats this as something that could be great, something special. That's in the office, that's in the brand, that's in the design. 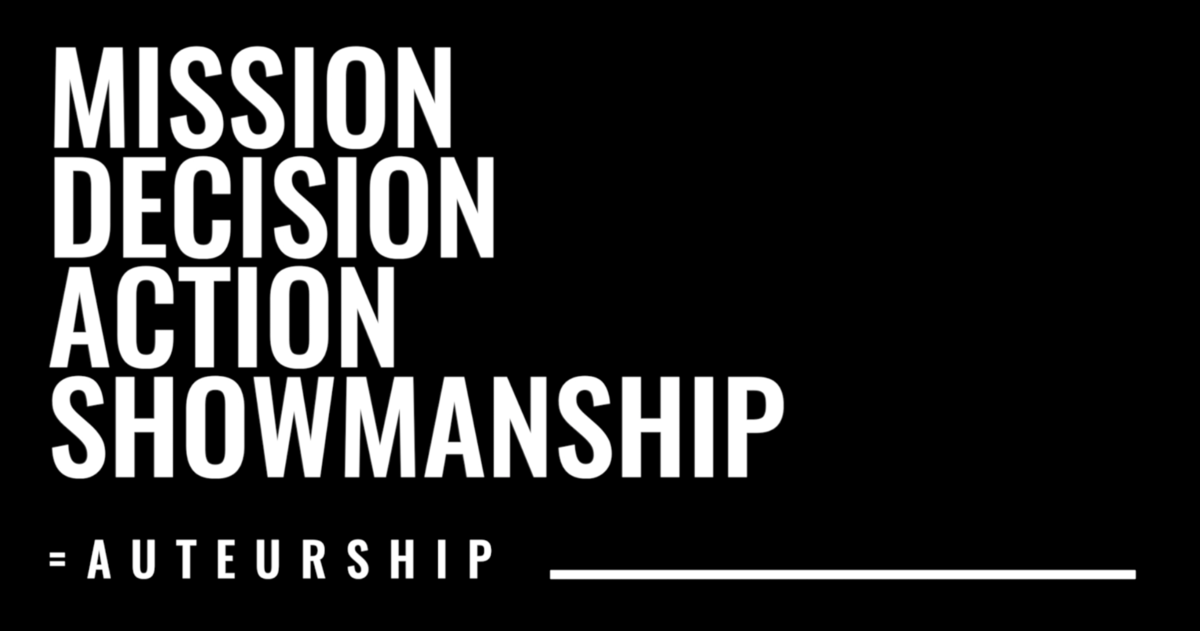 So we can learn a lot actually about auteurship from Hideo Kojima and "Death Stranding".

New posts every week. All the things I think are interesting about startups, media, and creation.