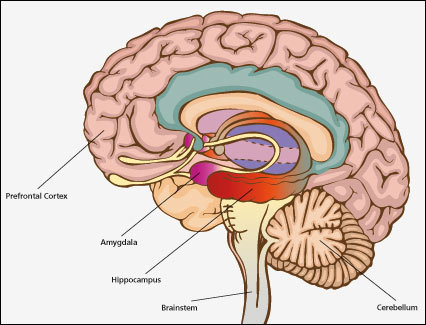 In an experiment at Case Western Reserve, it turns out you can't run both systems at the same time. (Story via Luke Bearden via Lookmark) After watching test subjects alternate between empathetic and analytical problems in an fMRI, they noticed that one would turn off when the other turned on.

"When subjects are lying in a scanner with nothing to do, which we call the resting state, they naturally cycle between the two networks," Jack said. "This tells us that it's the structure of the adult brain that is driving this, that it's a physiological constraint on cognition."

"You want the CEO of a company to be highly analytical in order to run a company efficiently, otherwise it will go out of business," he said. "But, you can lose your moral compass if you get stuck in an analytic way of thinking."

It seems astonishing to what extent our conscious lives are defined by the physical limitations and parameters of our brains. Surely if you're building software, it is the ultimate in swapping between analytic (making / coding) and empathetic (something people want).

Further, maybe this mechanism of switching between analytic and empathetic/experiential explains why there are diminishing returns past 50 hours of work per week. All work and no play makes Jack a dull boy indeed.