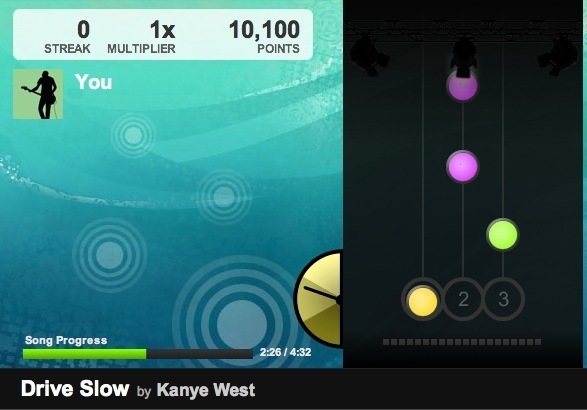 This is phenomenal. My senior project at Stanford was a Dance Dance Revolution game that could take MP3's and turn them into playable DDR steps. But I have to say, it didn't work nearly as well as what the JamLegend guys have done. I just uploaded one of my favorite rap songs to JamLegend. They processed the file, extracted the beats and melodies of the song, and made a playable song based on it. What's even cooler is you can now play JamLegend just like RockBand / Guitar Hero, with your real guitar. There are instructions on how to set this up for both Mac/PC for GH/Rock Band controllers for all platform controllers PS3, Wii and Xbox 360. And you can duel your friends online (multiplayer) without ever even being in the same room. OK, so lets review: JamLegend has created Guitar Hero that a) is super fun multiplayer Flash web game with no download, b) works with any guitar controller you may have lying around, and c) lets you upload any song you want and it will work awesome. You should play jamlegend here.

At the risk of sounding like a geezer reminiscing about the good old days... Remember Monkey Island? I ran across a link on Hacker News today that just blew me away. It was a step-by-step tour of Monkey Island by its original creator. Man, was that ever fun. For the uninitiated, Monkey Island was an 'plot-based adventure game' -- they just actually don't make these anymore. It had pixelated cartoony graphics, a great story, and very witty dialogue. Games of that era (Monkey Island was released in 1990) had such a profoundly different feel than games of today. Then, there was room for much more creativity -- in fact creativity was mandated. Computers just weren't that powerful. So a game designer basically HAD to create games that revolved around 50 pixel tall sprites!

There's something pure about this. I am not wowed by the graphics, or taken aback by the technical wizardry, leaving me to concentrate on the story. It's not that the graphics are bad -- on the contrary, they're phenomenal for a a typical screen of that age (640x480). Sometimes when a robot looks a little too human, it creeps us out. A robot can actually be worse off than something supposedly more low fidelity. This is known as uncanny valley. I think games are arguably in this valley as well. Everything is so high res, but the ray tracing and rendering is still yet obviously not realistic. We know we're in a game, and a game that costs multi-million dollars no less. There must be great low fidelity stories that can be told. Games yet to be made, and low fi game worlds to be created and conquered. Or maybe all it takes is low res sprites. Would you rather play as High Fidelity Guybrush Threepwood? 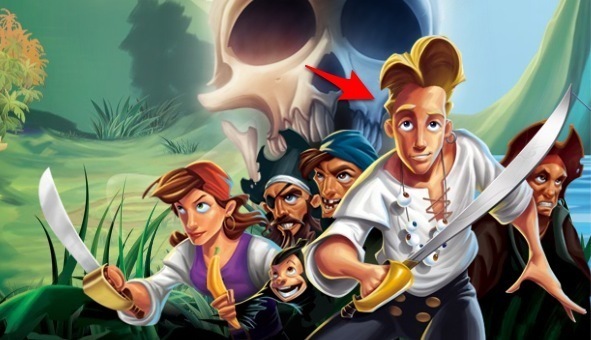 or this old-school Guybrush Threepwood? 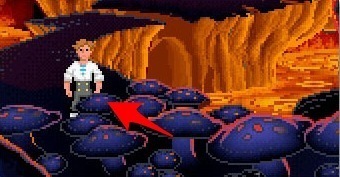 Strangely, after all these years, I think I'd still go old-school on this one.
You know how when you were a kid, you could play with legos and imagine them to do all sorts of things?  You ever play Lemmings -- you know, that old school puzzle computer game where you had to build little things so the lemmings would reach their goal instead of dying horrible deaths? Fantastic Contraption is kind of a mix of legos and lemmings, with a bunch of cool physics modeling in there as well. Basic idea is to get some blocks into the goal, and to build any sort of machine using rolling balls and sticks. http://fantasticcontraption.com (do not click unless you're willing to lose a few hours of your life immediately) Hat tip to Adam R
Download FantasticContraption.mov
It's definitely got a 1994 shareware game feel. But that's kind of where mobile software is right now. Incredibly immature. Anyone remember Apogee Games? Commander Keen and Castle Wolfenstein? 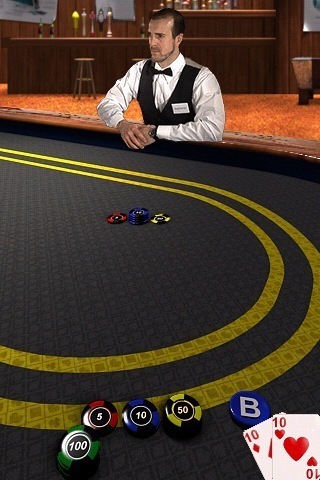