Jim Stogdill at O'Reilly Radar writes about Facebook and how they're actually farming our amygdala for information about our preferences and future actions.

Your mind is advanced enough to experience a self, a self that you think has intrinsic value. But that's just a construction in your head. Your actual extrinsic value, I'm sorry to say, is just the sum of your known behaviors and the predictive model they make possible. The stuff you think of as "your data" and the web thinks of as "our data about you — read the ToS," is the grist for that mill. And Facebook's shiny front room is just a place for you to behave promiscuously and observably. While you're farming, well, fake carrots or something, they are farming your amygdala.

It's a cool idea. Yes, our preferences are being recorded and mined. But I don't dig the sentiment that absolutely and necessarily a bad thing. How about saving us time, money, and effort? Isn't that the point of technology anyway?

At the risk of sounding like some sort of technological libertarian... well, yes, there is a certain invisible hand here that guides our actions and aligns our incentives. Clearly as human beings, we DO STUFF. And if the tools (whether Gmail, Facebook, Twitter, or some other communication facility) help us do that stuff faster, better, and for cheaper, then by all means.

The smarter systems get, the better we live. That's the point of technology. Lets not tilt at imaginary windmills. Especially if those windmills are out to get us.

Stereogum has republished Trent Reznor's final note to the raving masses that have driven him from his social media experiment.

With over 600,000 followers, Trent Reznor flexed the star power that comes with being the voice of a several generations of angsty youth. It seems as though a tiny fraction of his fans have ruined the party.

Could it be that the classic Hollywood fear of over-engagement be true? Celebs are struggling to figure out what role they want Twitter, Facebook and their social media presence to play. Reznor says:

I approached that as a place to be less formal and more off-the-cuff, honest and "human"... If this has bummed you out or destroyed what you've projected on me, fair enough - it's probably time for you to leave.

Figures of music represent lifestyles and amorphous identities. It's hard to be larger than life when you're also a real person. Is the NIN frontman the first casualty in a trend? We'll see.

Think about the scale -- at worst the trolls numbered fewer than 600 people, or 0.1% of his followers. Given any large enough collection of people, you're going to have some ugliness. But suddenly these 600 had a way to reach out and ruin someone's day. 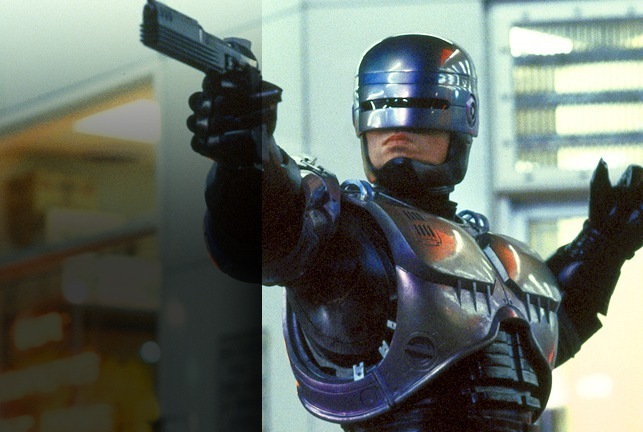 People become disassociated from one another online. The computer somehow nullifies the social contract.

Would you go to someone's front lawn and punch them in the face, or call them a jackass? Would you stand on their front steps and take a crap on their doorstep? Probably not. You'd get either a) arrested, or b) in some red states you would probably get shot for trespassing. But it staggers me how people feel just FREE to take a crap on other people's property on the Internet. Why? Because there's no cost to it. In real life you can punch someone back, or shoot them. There are real consequences that are actually at stake in the real world. Identity, reputation, and life itself. If someone comes and takes a fat crap on my doorstep, that really grosses me out. In the current scheme of things, what can I do? a) I can call the police. I can try to track down this miscreant and have him arrested... or in the online case, booted from the community.
b) I can track them down and crap on their doorstep, in return... or flame them right back online. In both cases, we have the fundamental problem of anonymity and identity online. It's an order of magnitude easier to be fully anonymous on the Internet, just as a matter of course. As a result, I can't even provide an effective counter-response. In the case of being booted from a community -- the cost to join is typically zero in the first place. Destroying one identity is meaningless because an unlimited number of new ones may be created. If I flame them back, then the terrorists have won. Facebook has attacked this problem head-on by being the first successful online community that requires real names and real identities. These identities are backed by real-world organizations such as the school you went to or the corporation you are a part of. I think this remains the great underdeveloped frontier of Facebook Applications -- real apps that actually capitalize on the incredible Facebook "social graph" while still providing value, rather than rent-seeking time-wasting garbage apps like Vampires vs. Werewolves. Alternatively, other sites like Flickr or Twitter develop strong community through reinforcement of identity through participation. These sites result in hours per day of use -- they are behavior-changing and valuable through the connections you make on the system. From first hand experience, losing those connections is painful enough to strongly dissuade egregious behavior. Newcomer miscreants still exist in these systems, but at least they're easily identified. Hacker News has a similar aspect that focuses on use instead of connections, with karma score as a way of tallying usage. Parts of the site (like downvoting comments) are not revealed to you until you've become a participating, fully committed member of the group, at which point you're willing to invest in the community fully and defend it from Internet miscreants (of which there are many.) Once again, miscreants can be identified immediately with their karma score of 1. In fact, newcomers are moreso scrutinized and evaluated earlier because they're so easy to identify. Clay Shirky likens truly useful collaborative groups to corporations in the legal sense. I can't walk into a bank and get a loan just by creating a fictional organization. However, if I incorporate as a C-corp, I can operate as a sovereign entity. A C-corp is: a) hard to create, b) hard to join, c) hard to leave, and d) hard to disband. These are the barriers that make legitimate groups and collaboration possible. I'd argue the forefront of social software is pointing in this direction more than ever. Or in other words, good fences make good neighbors, in both online communities and in life. Barriers are what make meaningful interactions possible. In the meantime, try not to crap in people's front yards. Please! Were you born in a barn? As Pastor Paul says at Abundant Life Church in Mountain View, I'm not talking about you, I'm talking about someone in your row!