So beautiful. The Sagan Series is a tribute project by Reid Gower

We were hunters and foragers. The frontier was everywhere. We were bounded only by the earth, and the ocean, and the sky. The open road still softly calls. Our little terraqueous globe as the madhouse of those hundred thousand millions of worlds. We, who cannot even put our own planetary home in order, riven with rivalries and hatreds; are we to venture out into space?

By the time we are ready to settle even the nearest other planetary systems, we will have changed. The simple passage of so many generations will have changed us; necessity will have changed us. We are... an adaptable species. It will not be we who reach Alpha Centauri and the other nearby stars. It will be a species very like us, but with more of our strengths, and fewer of our weaknesses; more confident, farseeing, capable and prudent.

For all our failings, despite our limitations and fallibilities, we humans are capable of greatness. What new wonders undreamt of in our time, will we have wrought in another generation, and another? How far will our nomadic species have wandered, by the end of the next century, and the next millennium?

Our remote descendants, safely arrayed on many worlds through the solar system, and beyond, will be unified, by their common heritage, by their regard for their home planet, and by the knowledge that, whatever other life may be, the only humans in all the universe, come from Earth. They will gaze up and strain to find the blue dot in their skies. They will marvel at how vulnerable the repository of all our potential once was, how perilous our infancy, how humble our beginnings, how many rivers we had to cross, before we found our way.

View all the videos at saganseries.com

It brings a tear to my eye.

In my book The Dilbert Future I imagined a world with cameras in every room, and on every street corner, recording all the time, but encrypted so that literally no one could view the video without a court order. You wouldn't need much of a police force in that scenario because every crime would be on video, along with the entire escape route, all the way to the criminal's bedroom. Maybe that's too Big Brother for you, but if you reflect on how much privacy you've already given up to technology, it's not that much of a stretch.

This sounds like an excellent plot for a sci fi film. Without some colossally amazing improvements in camera and encryption technology, there are major risks. Diebold would probably try to make these cameras, and fail miserably, just as they have consistently failed at creating reliable voting machines.

Only the consequences are far more dire than a stolen election here or there. Imagine a vast network of cameras recording forever the actions of every single human. Yet through incompetence, that data falls into the hands of anyone willing to pay.

Organized crime? Obsessed exes? Those are just the misanthropic ones. The long arm of the law would have access too. A world of no forgetting. Such a world would be a realization of Jeremy Bentham's Panopticon, a place of invisible omniscience. Though a very interesting concept, above all one shouldn't forget a panopticon is still a prison.

And turning free society into a prison is something that should give us all pause.

Anybots was founded by Y Combinator partner Trevor Blackwell. If you've ever been to a YC event, you've probably seen these robots moving about and interacting with the party -- walking around, shaking hands, and even catching objects.

Humans controlling agile and powerful robots -- kind of like the Matrix plus robotic control. It certainly makes for a great premise for a sci fi action flick. 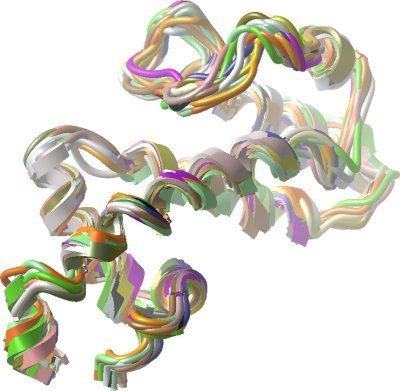 [Researchers have] found that if they boosted production of a protein called RGS-14 (pictured) in that area of the visual cortex in mice, it dramatically affected the animals' ability to remember objects they had seen. Mice with the RGS-14 boost could remember objects they had seen for up to two months. Ordinarily the same mice would only be able to remember these objects for about an hour.

That's absurd. and in the comments, someone has highlighted fodder for some unhappy horror sci fi: What if you were taking this drug and saw something you desperately wanted to forget?

Imagine what this would mean for rote memorization for test taking! Maybe this would be awesome. Primary and secondary education could finally expand beyond mechanical drudgery.