People said George W. was a guy you wanted to get a beer with. But was that really true? Did people *know* George? Or was it the affected drawl and the cowboy hat that gave you the illusion that he just might drive a pickup truck with a gun rack? The public didn't really know him. He was a fortunate son, in the Creedence Clearwater Revival sense.

Barack Obama, by his own admission, may be as close to normal as just about anyone who has been elected. You know, he's just like us. He went to the same kind of public schools. [Edit: He went to Punahou, which was private.] He grew up on the low end of middle class, but he was intellectual and proud. And yeah, they went to the best schools too, but their parents didn't have buildings named after them. And by the fruits of his own labor, he raised himself up to the highest office in the land. Incredible. Must-watch: Barack and Michelle Obama's first interview since the election on 60 Minutes. Check it out, CBS has made the full video available. 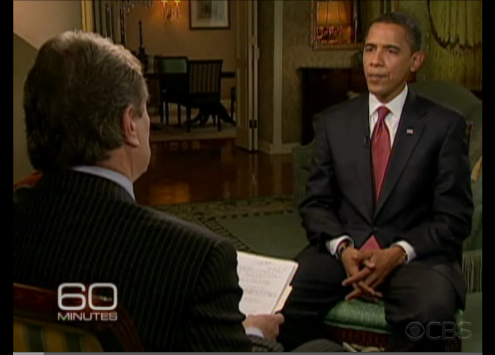